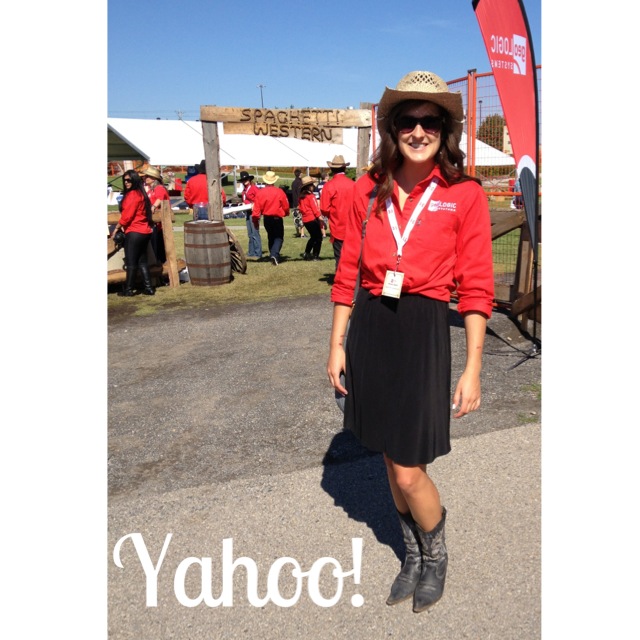 We usually host is on Princes' Island, but due to the flooding it had to be relocated to Shaw Millenium Park at the last minute (well a week before). Everyone pulled together though and it turned out great. Our marketing team had pretty much everyone helping out in some way. It was a gorgeous, hot day and I think everyone had a pretty great time.


We had this great Silly Booth Photo Booth and I just love the photos from it. They're so high quality. I think geoLOGIC staff had the most fun out of everyone. There were a lot of red shirted photos. 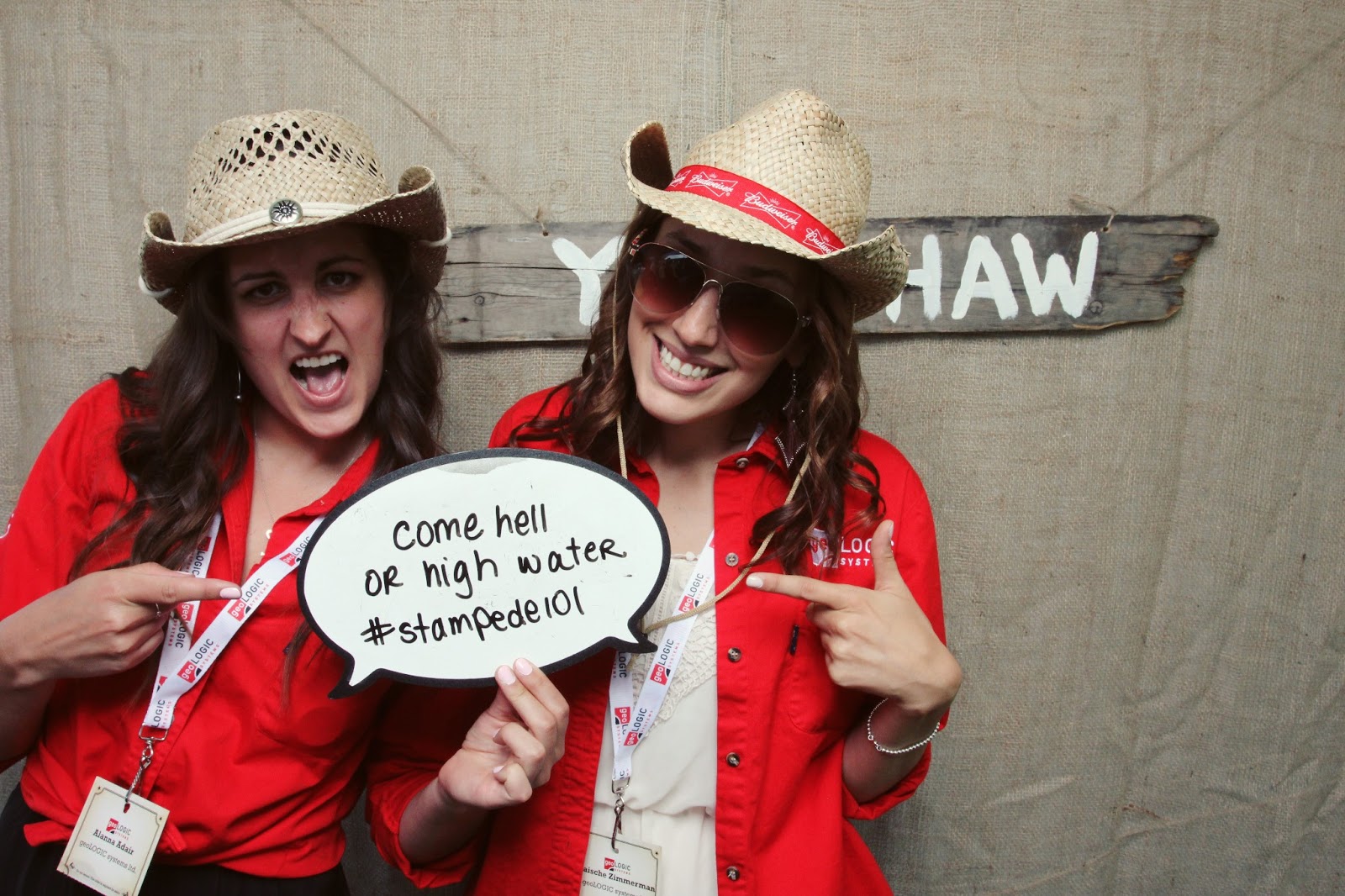 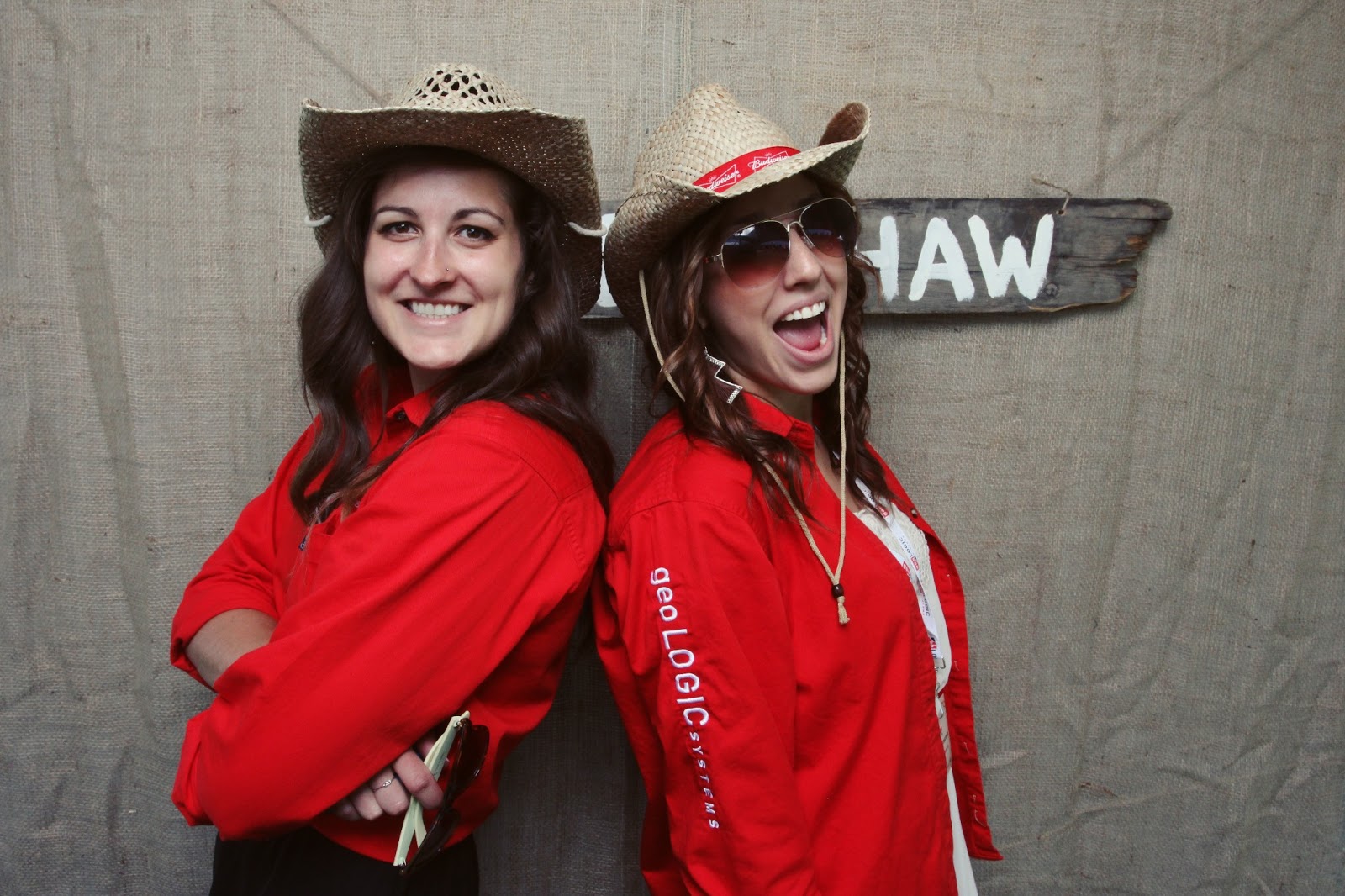 Spaghetti Western is primarily a client lunch event, so we headed to a pub afterwards for some drinks. Later, a few of us decided it was patio weather and we headed to a new bar on Stephen Avenue. I love this time of year, not only for the Stampede fun, but also for the incredibly long days. We sat on the patio until close and I think it only got dark around 10:30 pm. 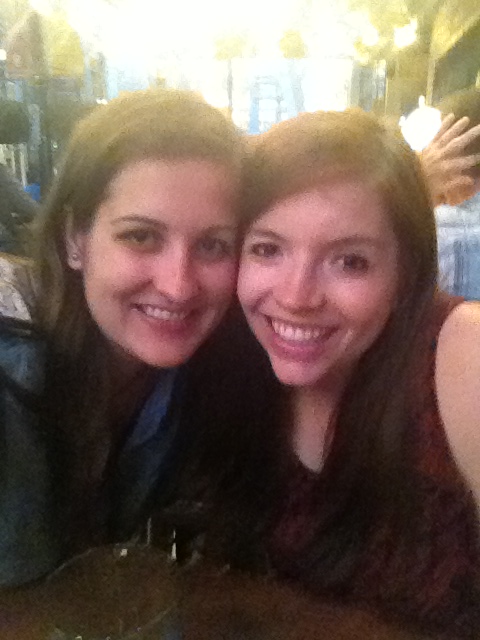 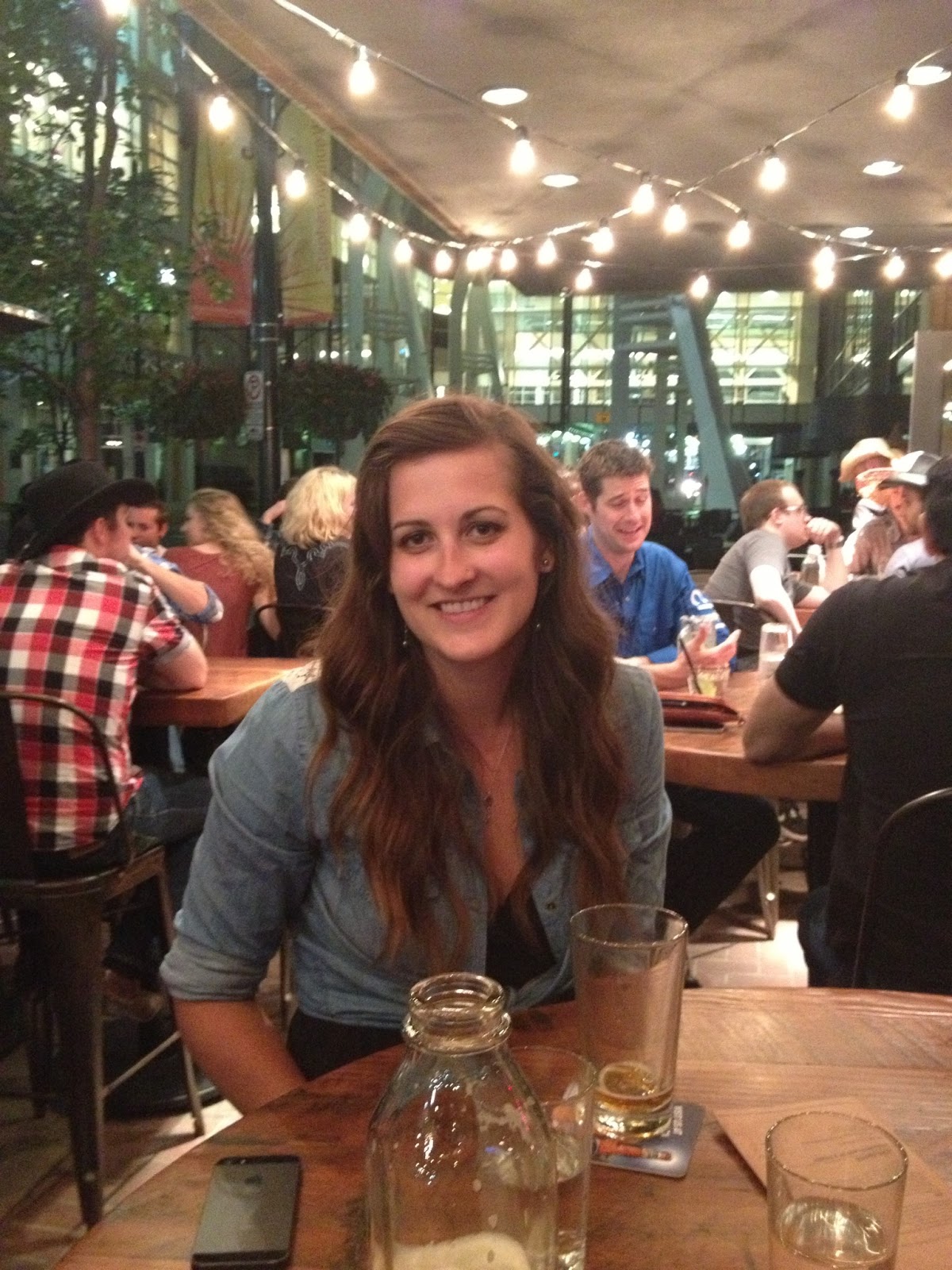 I took a little break from the party scene until Friday night, when we met up with a friend of mine who was down from Jasper. The night was really random. We went from a pub in Eau Claire to the Fairmont Palliser bar to a hotel room there, and finally met up with a few friend's at Hudson's. We packed it in pretty early though. We had big Stampede plans for the next day.

We managed to get a good start on the day Saturday and headed down for a pancake breakfast before hitting the grounds. We did all the usual things: pet the horses, ate artery clogging food, watching cool shows, and hit the beer gardens. 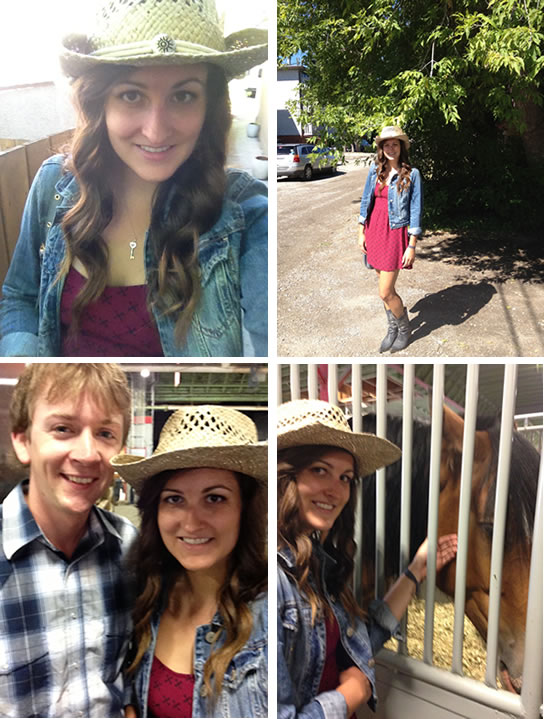 We hit the line for Nashville North around 5 pm and it was insane. It's always crazy and we had come prepared, but I've never seen it as busy as it was. We waited and waited, but people kept budging so the line just wasn't moving. Finally, we gave up, grabbed some mini donuts for the road and headed to Vagabond Brewery near the grounds. We made a plan to line back up at 11 pm. We'd give it one hour and if we still didn't get in that would be it.


Vagabond turned out to be a pretty good place to hang out. The beers were pretty good and not ridiculously priced given their craft label and proximity to the grounds and the food was awesome! We had a great time there. When 11 pm hit, D, N, and I headed back to Nashville. There was still a bit of a line, but we managed to get through in under 40 minutes and headed straight for the dancefloor.

That's a lie...we meant to head straight for the dancefloor, but we actually got beers (equally important?). 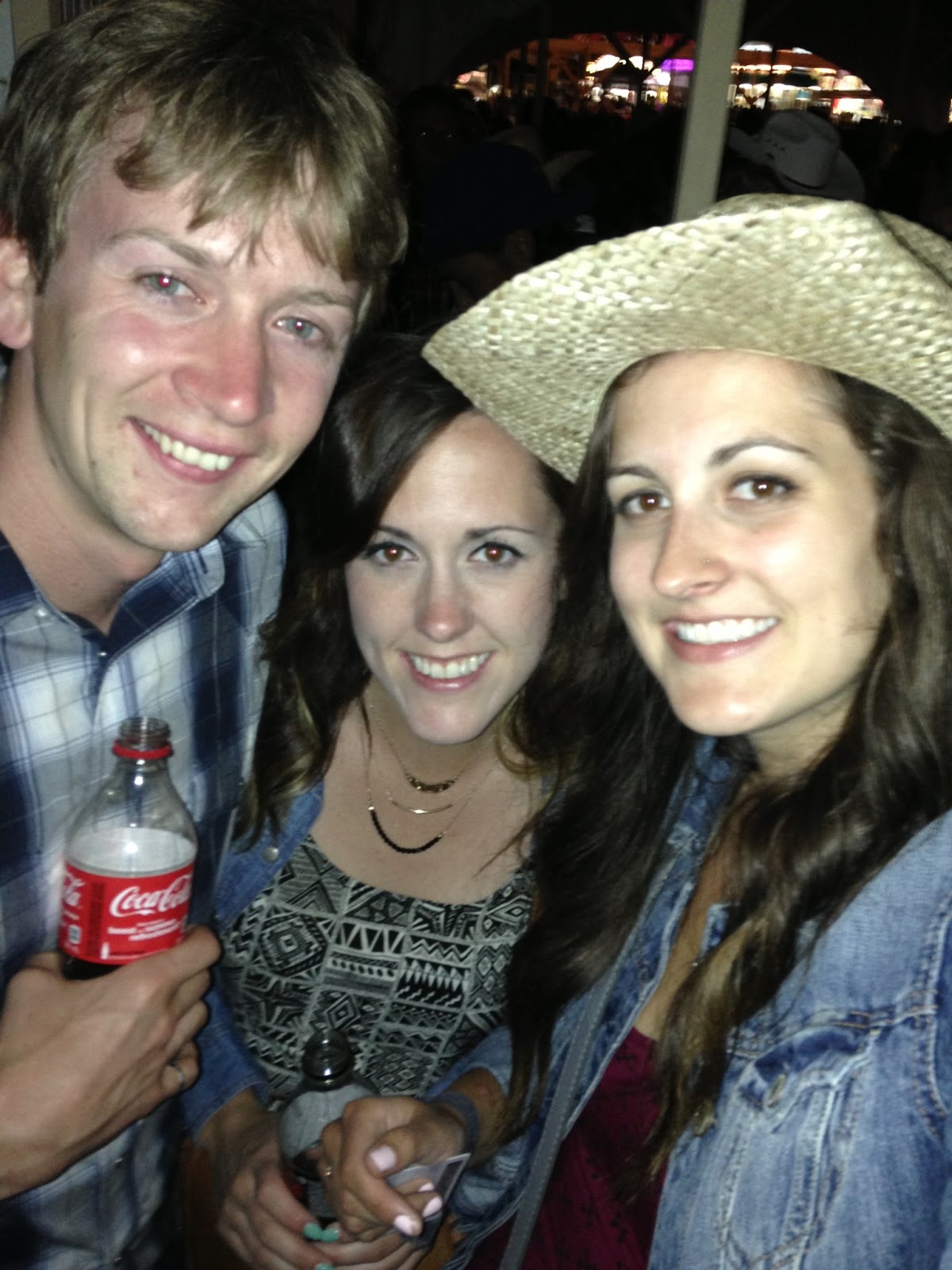 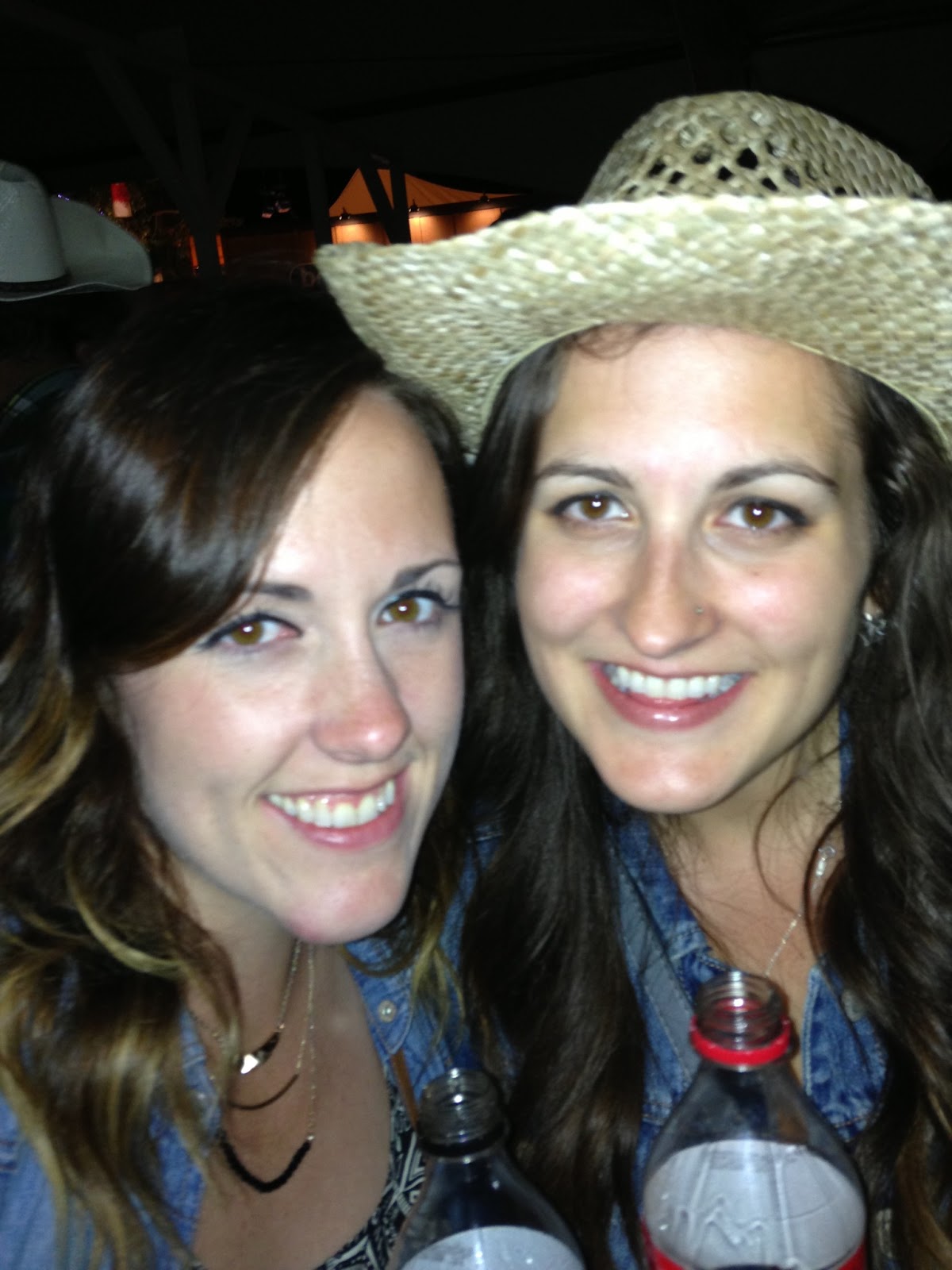 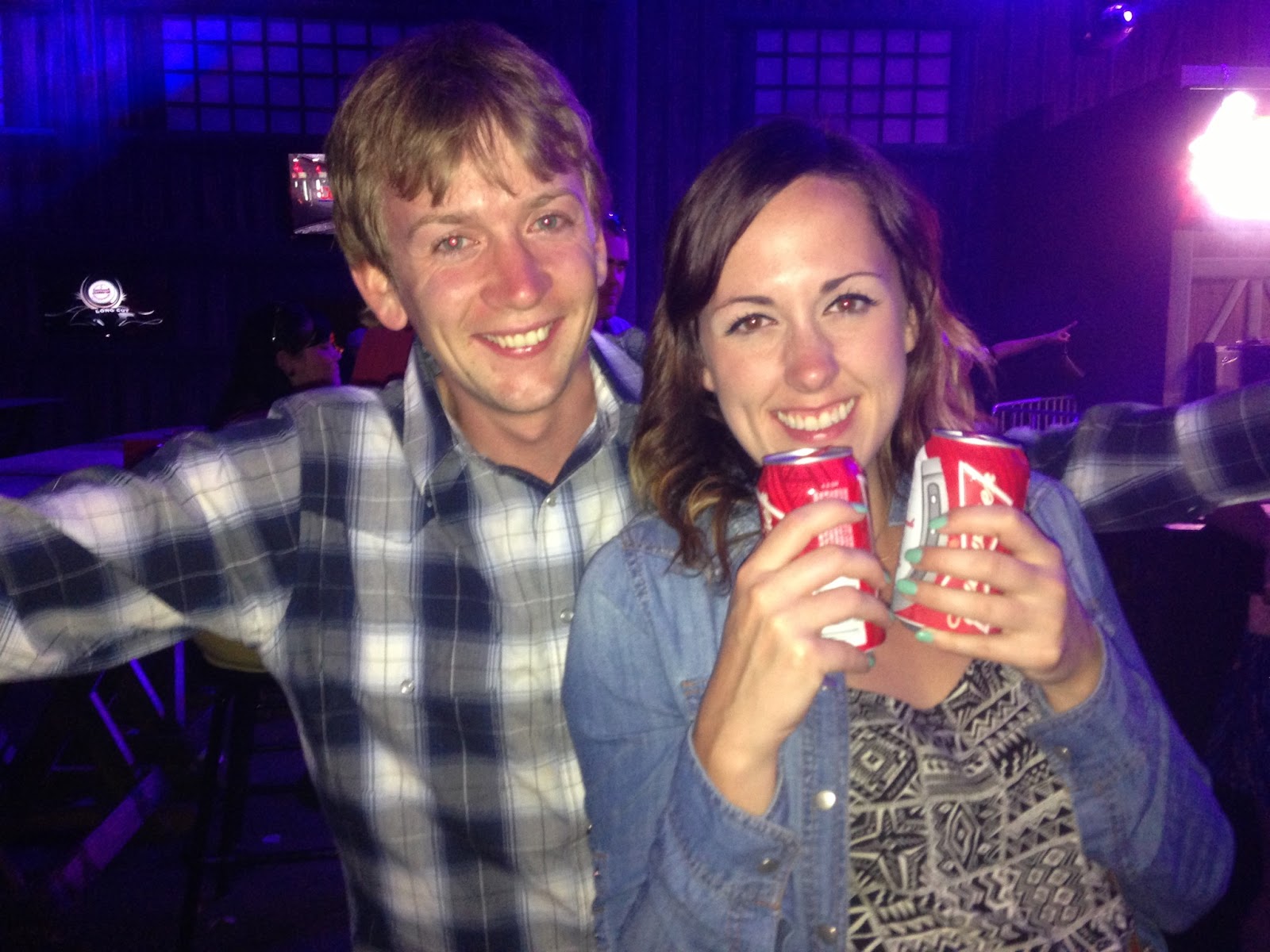 My favourite thing about Nashville North is dancing with N and we did a ton of it. Danel got a few cute shots of us, but for the most part, the three of us hung out on the dancefloor. 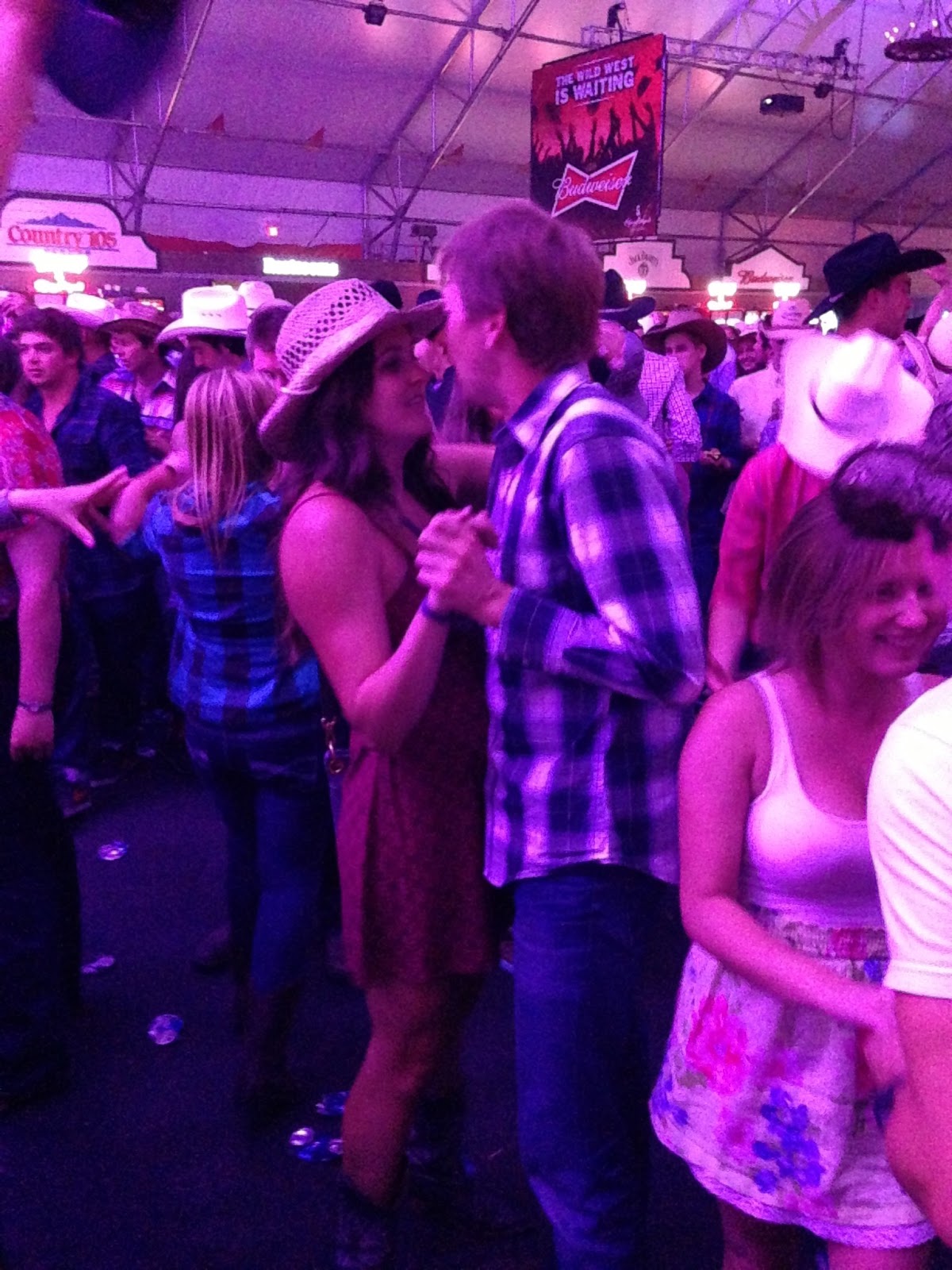 The next day, N and I slept in a bit and then headed back down to the grounds. We had passes for the day we didn't want to waste, so even though we felt like having a lazy day, we decided to go. We ate a lot of food truck food, wandered to pretty much every corner of the grounds, and then finally went to the Chuckwagon Races. The final evening is pretty exciting since the last heat is racing for all the money. It's a pretty close race. Those horses are incredible, as are the riders and chuckwagon drivers. 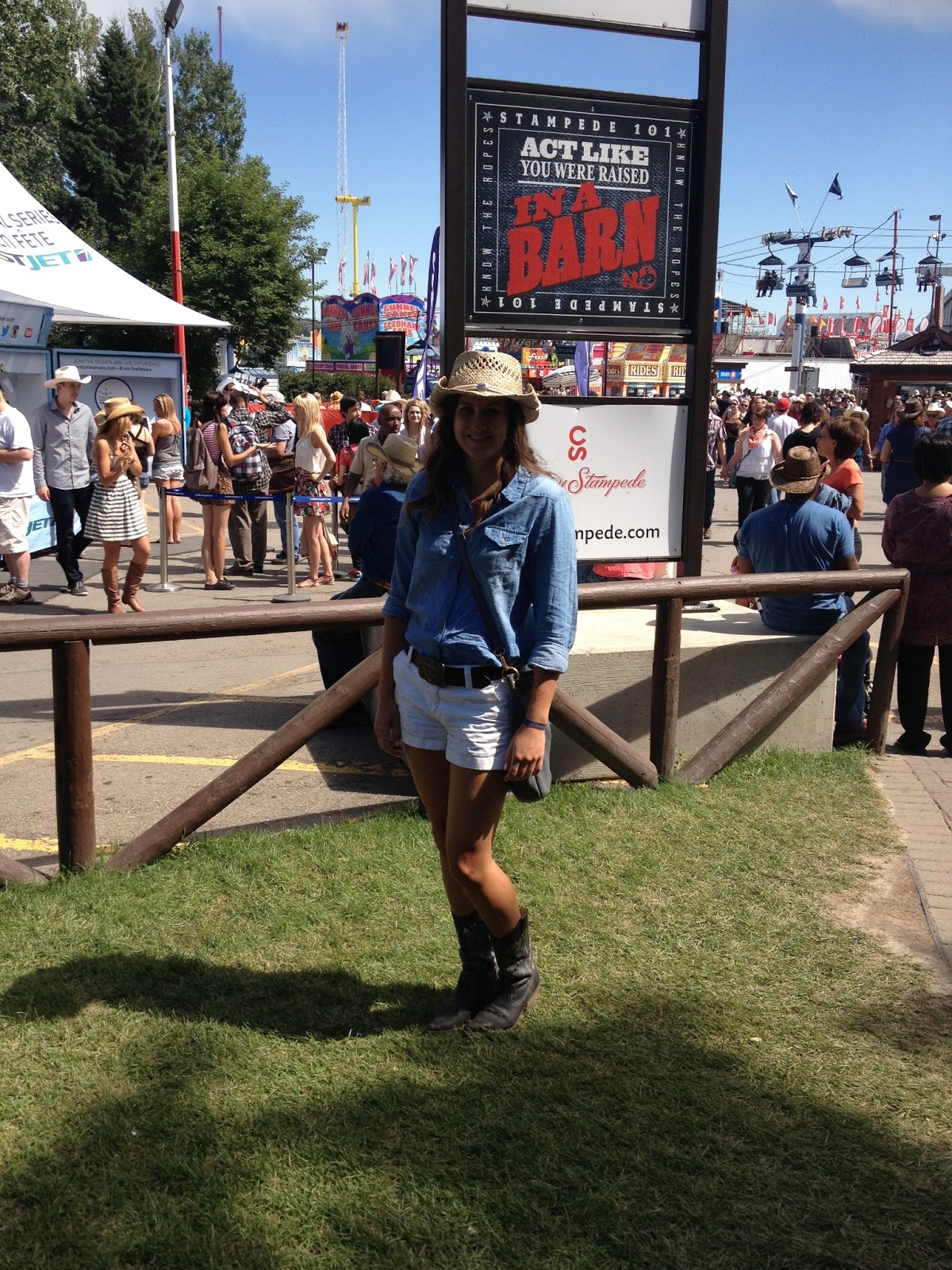 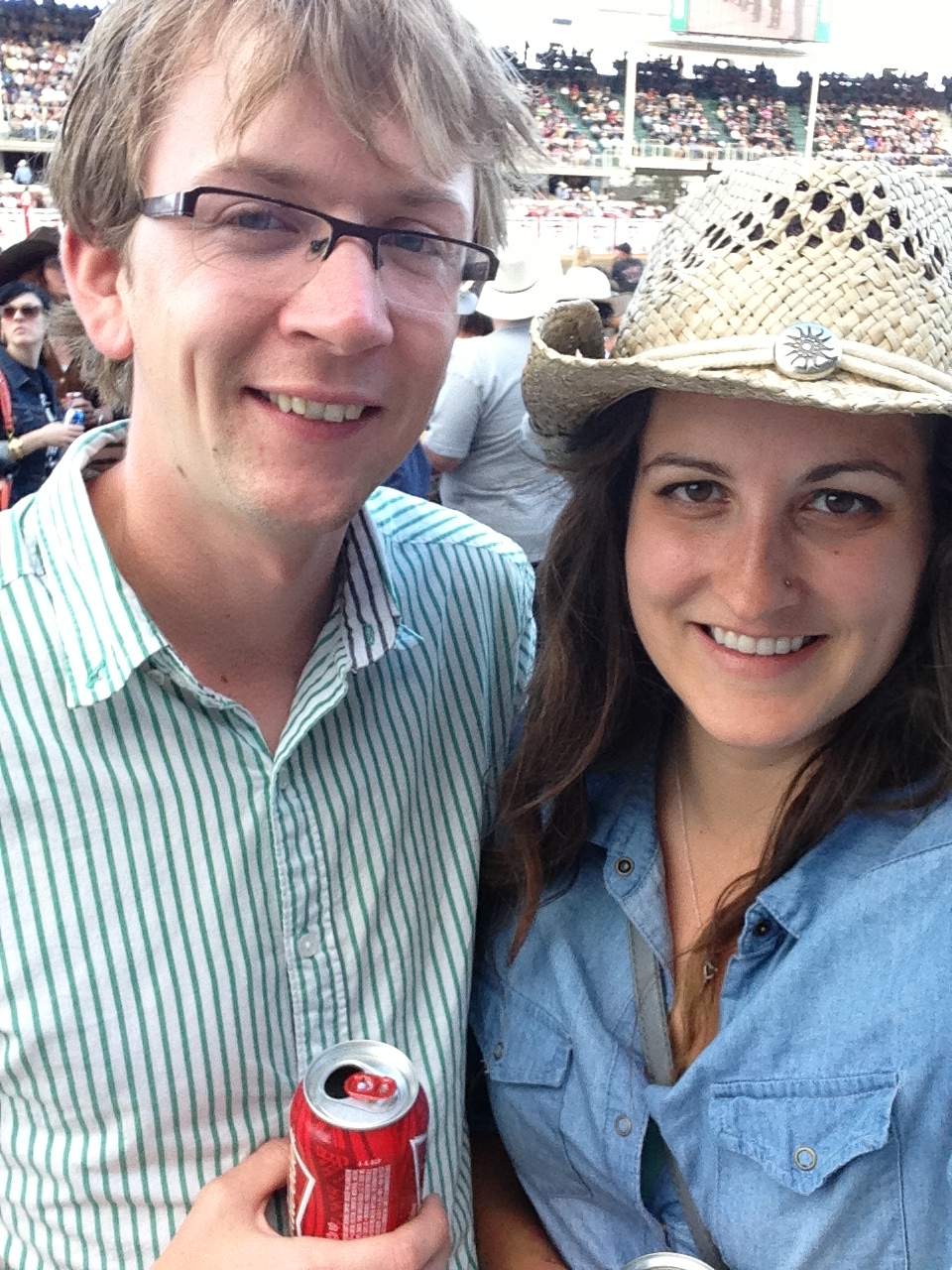 All in all, it was a really fun Stampede. And of course, we grabbed some mini donuts on our way out. Until next year, Stampede! Thanks for another great year! 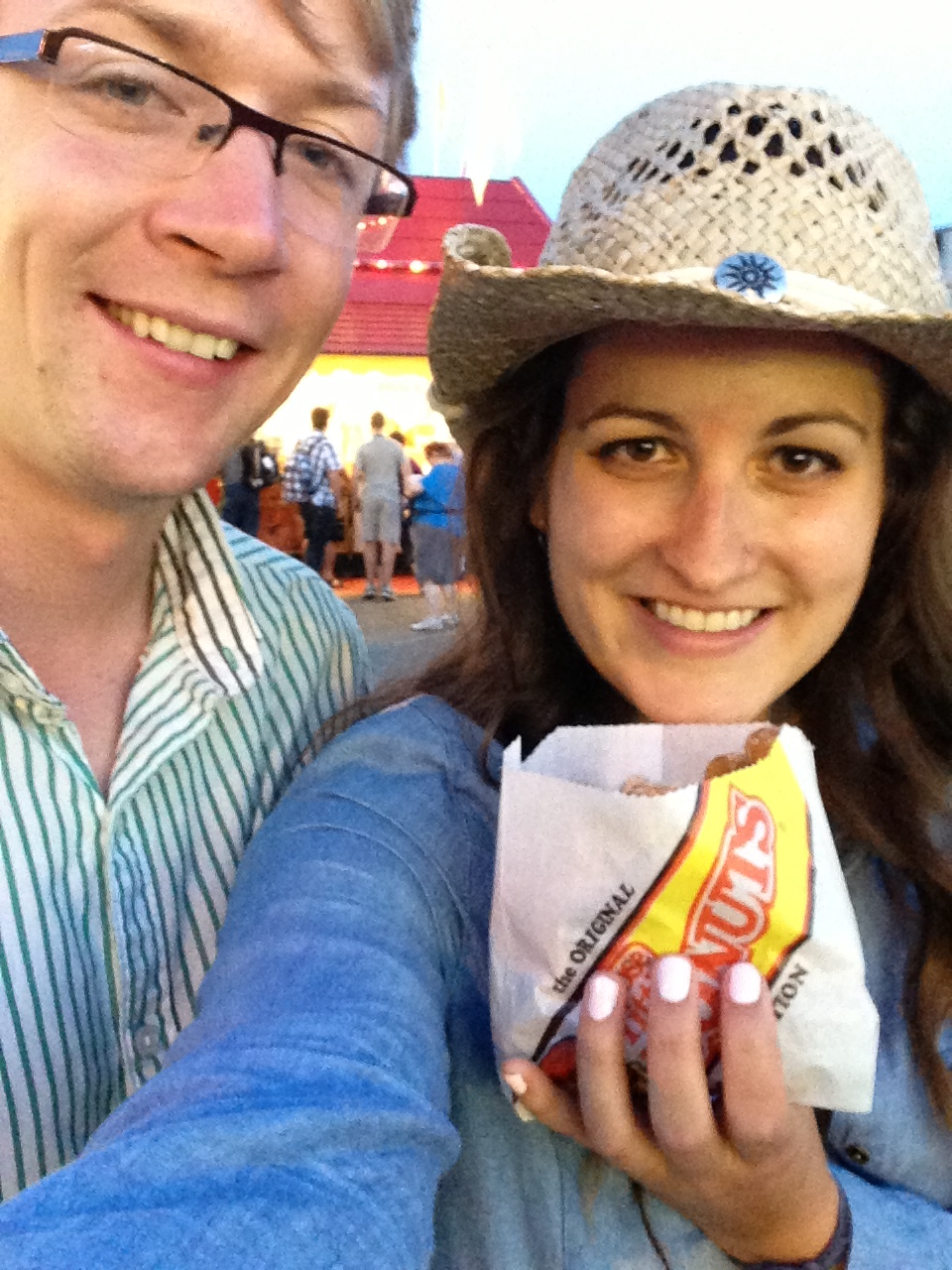