I've been meaning to write this post for a while and then got wrapped up with other things. Story of my life...Sometimes I'm the best blogger!

I took these photos almost two weeks ago now, when Calgary first flooded. Thursday night, we'd gone to bed knowing the river was going to be pretty high the next day, but I never would have guessed that it would rise as high as it did. To think that so much of the downtown core was flooded still doesn't seem real to me.

As we were all off work, we went for breakfast with a few friends Friday morning and then took a walk to check out some of the flooding and water levels. Here are some of the shots I got. 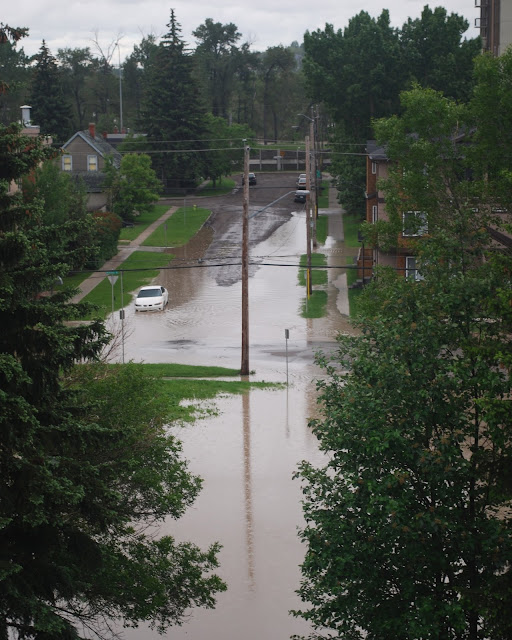 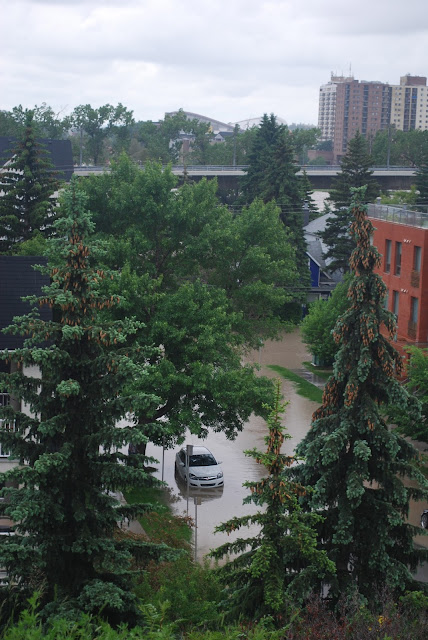 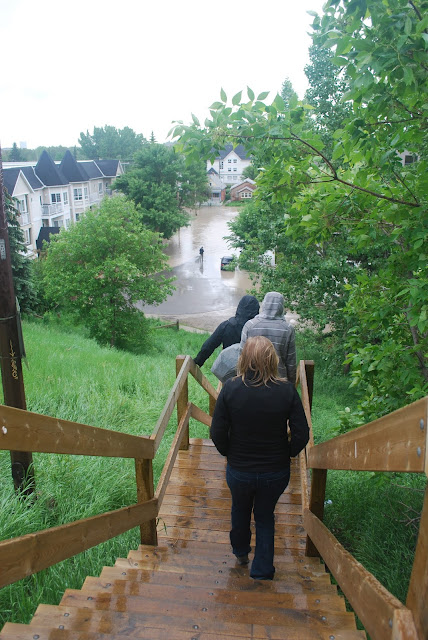 It was incredible to see the flooding in person. We are so high up on the hill that it was hard to understand how bad it was near the river. I still can't get over the shots of the inside of the Saddledome - full of water past the 10th row.

In the days that followed, Calgarians came together to help each other out. I am so proud of how this city responded to this disaster. Mom, N, and I volunteered in Bowness the Tuesday after the flood and it felt so great to be able to help even if it was just for one day. My friends spent their long weekend helping strangers in some of the hardest hit neighbourhoods.

Things have slowly started to return to normal. There is still so much work to be done and it will be a long time before we're back to where we were before this flood, but the progress that has been made so far is awe inspiring. The fact that the Stampede is currently happening, despite the ground being under water two weeks ago is crazy! (In the absolute best way possible).

Here's to everyone who came together and helped out in whatever way they could. You amaze me.