I have been seriously neglecting this blog lately. I've taken so many photos and planned so many posts, but it just hasn't come together for me when it comes to actually sitting and blogging. I'm even a few days behind on my Instagram recap here!

Calgary was recently hit with some major flooding. It was unbelievable. I never thought it was possible for so much of the city to end up underwater. Luckily, we live up a huge hill (as do most of our friends) so we were virtually unaffected. Instead we volunteered our time to the families who were and I'm so proud of our city for coming together in such awesome ways.

I have some flood pictures so let's move on to the recap. I'm sure we'll be talking about the Alberta Flood for a long time, but there were so many other great things that happened in June so I'm going to focus on those for now. 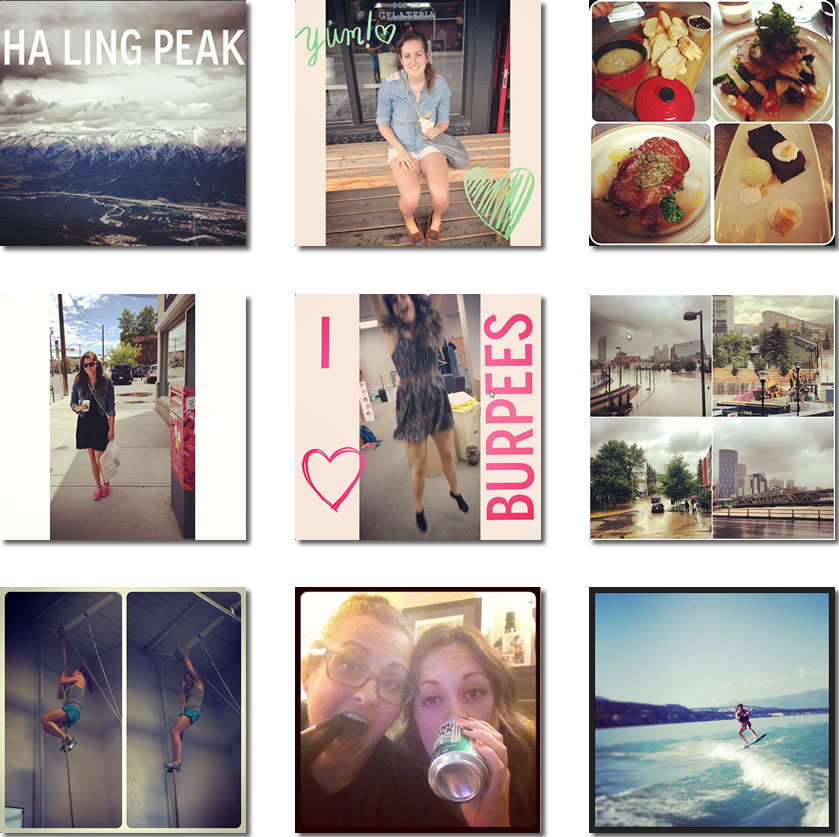 1. We kicked off the month by climbing Ha Ling Peak. It was great start to the hiking season and I really hope it continues. There are so many great hikes in the area and sometimes there's really nothing better than standing on top of mountain.
2. Fiasco Gelato opened a pop-up in the Bridgeland Market near our place. They gave out free scoops, so of course we had to check it out.
3. N and I celebrated 4 years together this month. We had a fantastic dinner at Cucina. I can't say enough good things about this restaurant or about this amazing guy I'm with. Happy Anniversary!
4. Stumptown Coffee has opened up at Luke's Drug Mart. It's a stone's throw from our house so it's quickly becoming a Saturday ritual to stop in for some coffee and a treat.
5. The burpee challenge went on throughout June. I don't love burpees. No one loves burpees. I hope I at least inspired some people to move a little bit more.
6. The flood. The photos are unreal, the damage is heartbreaking, the way the city came together is so inspiring. #CalgaryStrong.
7. I've been hanging out at Mission Fitness once a week, doing CrossFit. We did rope climbs last week and I loved it. (Obviously!)
8. Flood party with my Liver. She's pretty freaking awesome. We played an #calgaryflooddrinkinggame cuz we're...terrible people.
9. We spent the long weekend out at the lake with my parents. Lots of sun, boating, and wake boarding. I can't get enough of it and am definitely disappointed to be back.

Alright, summer. Let's do this. I'm more than ready for July, Stampede, my birthday, and all the awesome that comes with my favourite month!