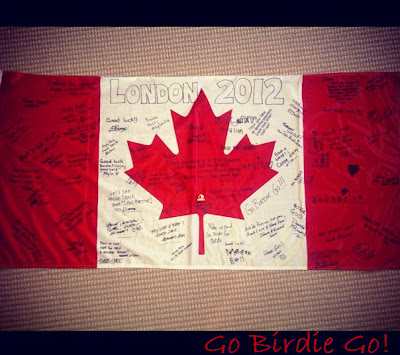 Seven years ago, my fellow coach - Karen - and I met an awesome twelve year old named Morgan Bird. Her parents had signed her up for a swimming bootcamp and we had the pleasure of being her coaches. At the end of the week it was obvious that Morgan was hooked. She signed up for Swim Club and started the following week.

That first year (and every year thereafter), Karen would say "Birdie, when you make it to the Paralympics, Coach Karen will be there to cheer you on." Morgan would laugh, thinking Karen was ridiculous for saying that she'd qualify for the paralympics, but Karen was persistant in her belief that Morgan would one day make it.

I had the pleasure of coaching her that first year alongside Karen and then for another few years afterwards. I've still never met a happier or more positive swimmer in my entire coaching career. Morgan made my job easy by always being game for whatever was thrown at her and doing everything with the biggest smile.

Naturally, my plan was always to join Karen in the cheering section and now that day is officially here. Morgan made the London 2012 Paralympic Team this year and we're off to London tonight. We'll be in the stands for her 50 free on Sunday and you can bet we'll be cheering our heads off. Let's see those dash feet in action! Follow @whoalansi
written by Unknown at 09:49