Bonne Année, Happy New Year to everyone!! Hope you all had very happy holidays.

As for me, Christmas in Lyon was a little bit lonely to be honest. Karine ended up at her mom's & told me in the morning that I would probably be able to join her after work. She just had to call her mom to let her know. She warned me that seeing as things were complicated with her family it may not be the best Christmas Eve, but I was pretty excited about spending it with a french family, none-the-less. Unfortunately, I got a message from her after work saying that, in fact, it wouldn't be possible for me to come. So, instead, I made the trek back up to Croix Rousse on my own.

My parents were driving up to the lake that day & now have internet there, so I stayed up until midnight to talk to them for an hour or so that night. It was nice, seeing as my grandparents were there & everything too. Christmas Day was pretty uneventful. I wandered into the city center (which was deserted...I've never seen so few people at Place des Terreaux. I'm so used to there being hoards of people surrounding the statue, having their pictures taken, that it was almost eerie). I wandered around for a little while before having a kebab & then later catching up on my journaling in a little café before heading back to Croix Rousse to chat with my parents. 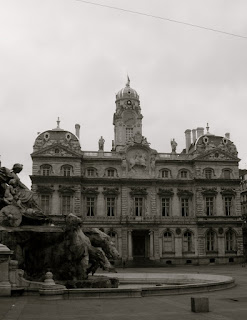 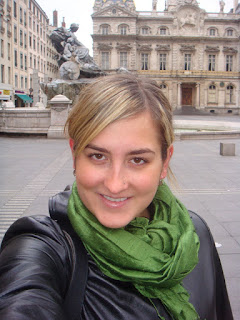 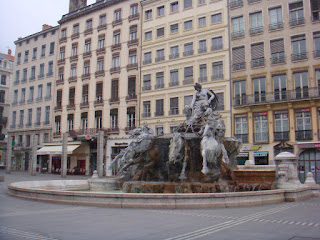 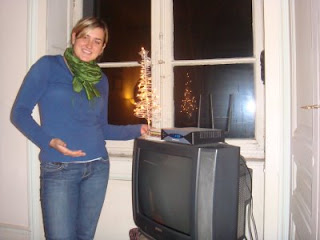 Once again, it was nice to see them all (oh the wonders of ichat & being able to actually SEE my family & not just talk to them on the phone). We "exchanged presents" & they passed me around so I talked to my whole family. It was nice, but quite different. There was no brunch with the family, or excitedly opening presents around the tree or even anything that came anywhere close to resembling a turkey, but it's supposed to be about family right? & I did see my family quite a lot over the holdays...

The next morning was my first opening shift at Starbucks so it was early to bed for me. Aside from that, there was nothing too exciting going on here for the next few days. Karine stayed at her mom's until Sunday night when her & Mamadou finally came home. That night her mom, brother & sister also came for dinner & we made a nice evening of it. Her sister spent a year abroad in Quebec...All she really had to say about it though was that it's cold & the people are nice.

This week was my last week at Starbucks République. I'm being transferred to Starbucks Villeurbanne in the suburbs. It means going 3 stops on the metro from République & a much calmer store where I'll hopefully learn a lot more...Maybe even have a few conversations with people instead of just trying to make drinks as fast as humanly possible.

If Christmas here was lonely, then New Years was the complete opposite. I got all dressed up & met Anne to take the métro to her friends, Cédric & Ronan's apt. I'd met most of her friends before at the Soirée 70s & Florent was down again from the North so it was nice to see them all again and ring in the New Year. I also met an American girl who had just arrived that day (poor thing, I dunno how she was still awake), so that was nice. All in all, it was everything New Years should be. Fun & slightly messy. We celebrated midnight with champagne, bisous all around & many "bonne années". I'm quite grateful that I didn't have to work the following day seeing as we didn't really sleep until 5 or 6am so New Years Day was pretty much a write-off. I hung out with Florent for a bit, talked to my parents on ichat (wow, lots of talking to them over the holidays!) & had a "Quik" dinner. Yup, I know how to start the New Year off right. 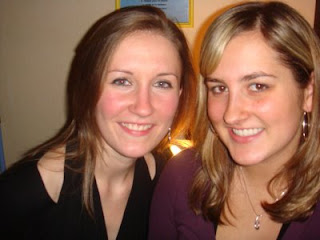 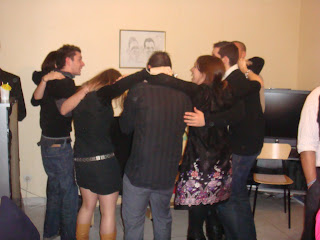 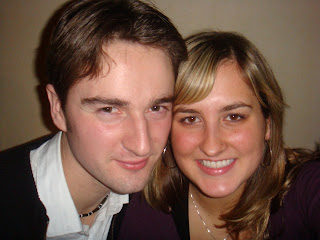 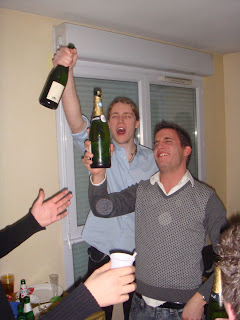 I've had a few nice surprises from friends...cards & the like, but I think the most exciting news is that Alyssa is coming to visit me in Lyon in March!!! Quite an amazing "Christmas present" if I do say so myself.

Hope you all had a great Christmas & very Happy New Year. I wish you all the best for 2009 as well happiness, health, love...Mes meilleurs voeux pour 2009. Bonne Année, les amis! Follow @whoalansi
written by Unknown at 09:32