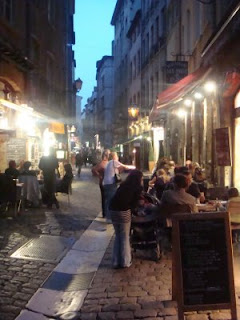 I made it to France alive..I'm not sure if this was actually a concern...but my plane didn't crash which is always a plus. There was a group of French school kids on my flight though & not only were they really loud the entire flight (now I feel bad for anyone on my flights when I went to swim meets) but they decided it would be funny to scream & make airplane crashing noises as we took off. This was actually not all that funny.

Anyways, I took the train down to Lyon. It's about 2 hours south of Paris. Other random facts: it's the 3rd largest town in France & has, arguably, some of the best food. So I've spent the last few days exploring & figuring stuff out...which I guess I really haven't gotten very far in doing. 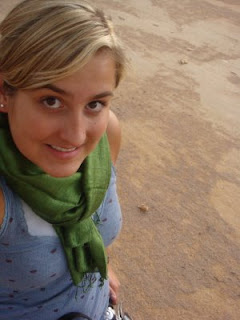 I found out I can't live in rez so now I have to find an apartment on my own which is a little bit daunting knowing the whole French system & their dislike of renting to foreigners. None-the-


less, I'm sure I'll find SOMEWHERE...I mean, I have 7 months to do it. For now I'm living in Vieux Lyon at a hostel, which is the old part of Lyon. It's really pretty-all cobblestone streets & pretty old buildings. It's at the top of a giant hill so I can work 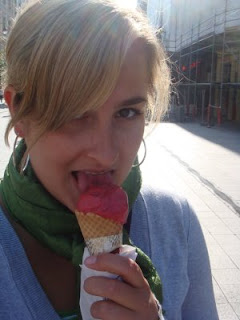 off all the bread & cheese I'v been eating on my walk home. haha. I got a hold of the district manager for Starbucks (thanks to my father) & I'll be meeting with him at the end of the month about working there. So now I'm just trying to decide if I want to find a job elsewhere while I wait or just try & find an apartment or what. Decisions decisions.

Anyways, that's really about it. Haven't been up to too much besides wandering around Lyon & getting to know the town...oh & totally frying my flat iron (yay curly hair for alanna!!).

Hope you all had a nice thanksgiving. I'm jealous of the delicious turkey I'm sure you had.